In this episode of the Saving Yourself from Wall Street podcast, we bring back Dan David, the founder, and CEO of Wolfpack Research.  If you missed my first interview with Dan, I highly recommend you go back and listen.

Dan and I go way back…all the way to high school in the late 1980s outside Flint Michigan. Dan was known around our school as a no BS kinda guy, and that clearly hasn’t changed as you will hear in this interview. Dan is the founder of Wolfpack Research a firm that is widely regarded as the leader in both China due diligence and in the US micro-cap space. Dan’s work on exposing fraud in Chinese companies lead to him being profiled in the movie The China Hustle. The movie was backed by Mark Cuban and produced by Oscar-winner Alex Gibney who produced the movie Enron: The Smartest Guys in the Room.

Dan spoke at several Congressional hearings on the topic of investment fraud but the culture of DC is so anti-common sense and anti-investor that Dan got motivated to run for Congress. In this interview, we touch on the current financial situation, the end game for the economy as well as China, and shorting stocks. I hope you enjoy.

Kirk Kinder, CFP® (Certified Financial Planner) is the founder and President of Picket Fence Financial. He started Saving Yourself From Wall Street to help you avoid the sales tactics, high costs, and conflicted advice of Wall Street.
Kirk has been quoted in several financial publications including the Wall Street Journal, Kiplingers, Investor’s Business Daily, Standard and Poor’s, and Bloomberg Wealth Manager to name a few.
Kirk has also been featured on the local Fox, ABC, and NBC affiliates in Baltimore and Tampa Bay.

More from this show 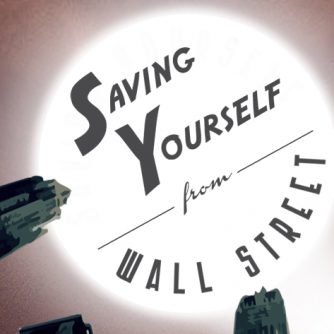 Where is the Economy Headed?

Does Your Portfolio Need the Golden Touch? …with Stan Kiang

Investing in Bitcoin with Matt Hougan of Bitwise Asset Management